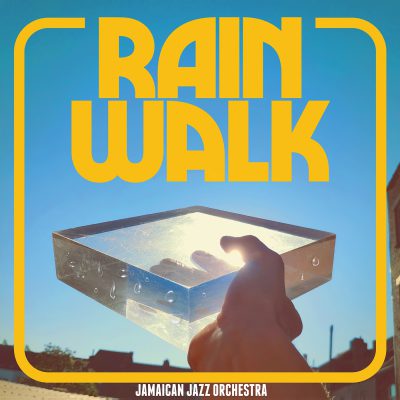 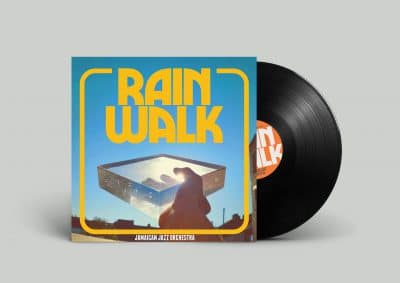 This is a preorder product page. Orders will ship out on the 22nd of November.

Reggae Vibes – quoted 95%
“Jamaican Jazz Orchestra’s hybrid album will make you discover that Jazz and Jamaica were never so close.”

With their authentic formula – jazz musicians in a Jamaican context – this Belgian orchestra comes up with a second full album.

The combination of serious musicianship, ingenious compositions, 100% analog recording – just as in Jamaica of the 60s – and an iconic album cover, suggest the timeless character of this record.

It is no surprise that the album title ‘Rain Walk’ refers to the positive message that even when it rains – in your mind or literally – you can always defy it, simply by moving on.

The sole vocal track on the album entitled ‘Morning Girl’ features female singer Helena Casella (BR/BE). Her voice gives a young and innocent, even urban and poppy feel to the track that was previously released as a single.

On stage Jamaican Jazz Orchestra is known for their party-in-style, able to amuse any crowd.