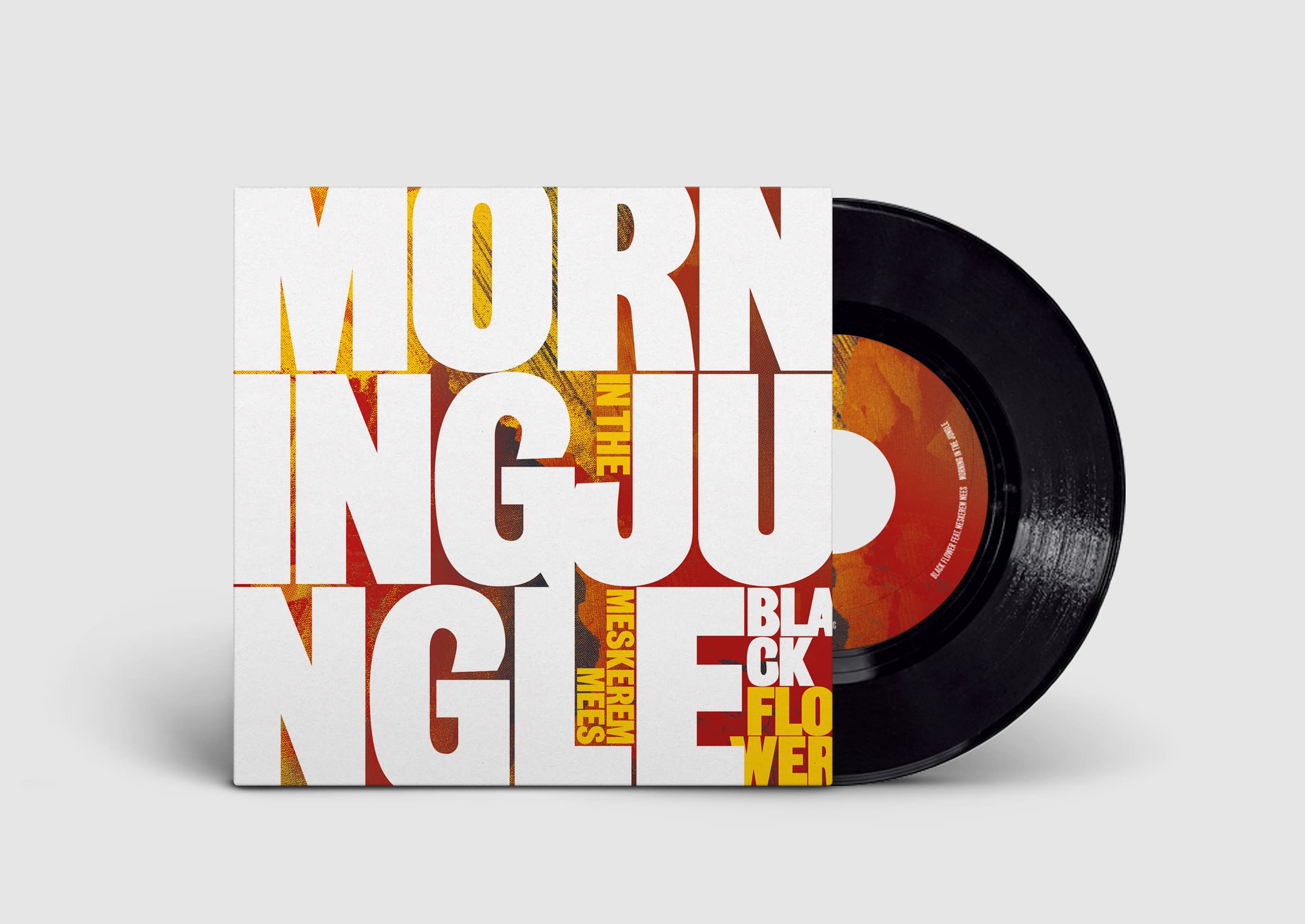 This limited 7” has ‘Morning In The Jungle’ on The A side. The track is taken from Black Flower’s new album ‘Magma’ and features Belgian singer-songwriter Meskerem Mees on vocals. The B side has an unreleased Black Flower track entitled ‘Invisible River’.

‘Morning in the Jungle’ was born not in a jungle, but in a city near a jungle. Black Flower was on tour in Brasil in 2020 and drank deeply of the cup. There were concerts and there was contact: spiritual, musical, cultural. Late one particular evening in the Lapa neighborhood of Rio De Janeiro there was a hand reaching through a crowd, owned by a dancing woman, reaching for a cell phone or wallet, finding its mark, then handing off the prize to a waiting accomplice. The remarkable aspect was the strange, deranged, toothless smile of this otherwise very beautiful woman, looking for an instant in recognition: of theft, of addiction, of pleasure, of complete loss of hope.

What happened after that is a fantasy, of these two characters, the thief and the victim finding each other in a psychedelic moment of epiphany. Alone. In a holy jungle, waking to a growing brightness finding its way through a canopy of leaves and wilderness.

This first inclusion of lyrics in the music of Black Flower is a collaboration that has a most auspicious and excellent timing. Meskerem Mees is an up-and-coming talent, having just released her first album entitled ‘Julius’ (Mayway Records) to critical acclaim. Meskerem Mees won the 2021 Montreux Jazz Talent Award and is nominated for the prestigious Music Moves Europe Awards. Her sweet and melodious voice is a perfect counterpoint to the deep and dark music that is flowing now from the source: Black Flower’s most recent release ‘Magma’ to be released via Sdban Ultra on January 28th.